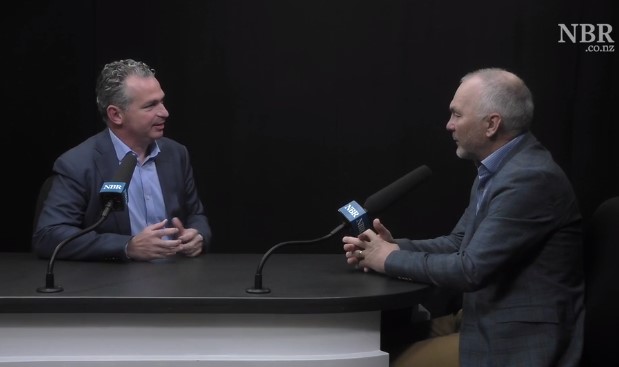 Bigger investments now likely as it has $400m in the fund. Brent Edwards of the National Business Review interviewed CEO Craig Weise to find out what the budget allocation means for NZGIF.

The government’s green investment fund is confident it can do more with a bigger balance sheet.

In last week’s budget New Zealand Green Investment Finance Ltd was allocated another $300 million, taking the size of the fund to $400m.

Its chief executive Craig Weise said it was obvious that with a bigger balance sheet NZGIF could do more in terms of considering which other parties it would work with, over what period of time and the scale of individual investments.

The fund has already allocated about half of the initial $100m but Weise indicated there were other investments on the horizon which would take up most, if not all, of that remaining funding.

He said the increase in capital announced in the budget should encourage more co-investors to link up with it. But it was not just about investing money. He believed its bigger size would also enable NZGIF to have a different dialogue with other players in the market in an effort to encourage more investment in low-carbon technologies.

Weise agreed it would enable the fund to consider bigger investments that it had done so far.

Big ticket investments
“On average our kind of ticket size would go up. It also allows us, as I say, to look at programmes of investment in a different way but I think it’s important to remember our mandate is wide and it’s not just about investment size, although scale is delivered, you know, from the entirety of what we do and sometimes things like market demonstration, if you will, are very, very important,” Weise said.

He said those would highlight what technologies were available in the market and could still be relatively small ticket items.

“Quadrupling the size of Green Investment Finance Ltd will help to accelerate the use of low-emissions technologies across the economy,” Shaw said.

In the budget the government signalled it wanted the fund to focus mainly on investments to lower emissions in public transport and in the waste and plastic sectors.

Weise said public transport was always within NZGIF’s transport mandate and it was also interested in the waste and plastics sectors.

But he did not rule out anything else, saying whatever sat within the low carbon framework was “fair game” and merited the fund’s attention. It needed to move across all sectors, and nothing was too insignificant for it to have a look at.

What is the timeframe for investing all of the $400m?

Weise is circumspect about putting deadlines on the fund, pointing out it has a long horizon looking at decarbonisation out to 2050.

Uncertain about rate of investment
“We see a lot of potential in the market and so putting that money to good use for our collective benefit is something that we’re very committed to doing. The exact rate of that, it’s hard to say. You always have to look at the quality of the flow you’re putting together, the need and the cheque size and try and triangulate all these things together.”

In other words, it is not yet clear just how quickly the money will be invested.

He said the fund was able to take a long-term view, which other organisations might find harder to do.

Weise said he hoped other private sector funds, similar to NZGIF, would also emerge in the field of low-carbon investment.

In terms of co-investment there was a wide range of potential participants, including funds and fund managers, entrepreneurs, the banking sector and local government. NZGIF thought about co-investment over time, and it was not just about who would invest in low carbon technologies and initiatives but also about who would benefit from those investments in coming years.

The funding increase was announced less than two weeks before the Climate Change Commission gives its final report to the government. That is due next Monday and Shaw then has 10 working days to table the report in Parliament.

The government must then set the first three emissions budgets out to 2035 – based on the commission’s report – and release its first emissions reduction plan by the end of the year. If it does not take the commission’s advice, it must publish an alternative plan.

Weise believes it will give more impetus to the push to reduce emissions and help the fund’s cause.

He said the commission’s draft report had signalled that reducing emissions was not just the government’s responsibility. It also required action from businesses and individuals.

NZGIF had been pushing the government to increase the amount of money it had to invest but was he surprised by the size of the increase?

“We would put forward a case, you know, that there’s a lot of direct investment required to continue to meet and track toward low carbon goals and that the more money, the merrier, so we were pleased with it,” Weise said.

View the full article and video on the NBR website.