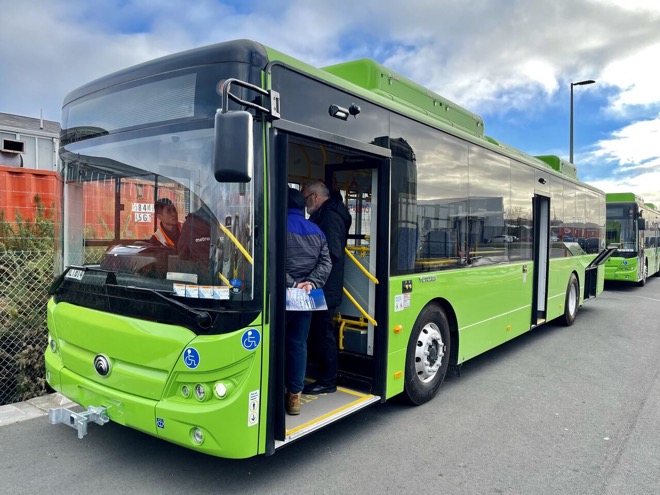 NZGIF spoke to the NZ Herald as part of the 2022 Sustainable Business and Finance Report.

It's almost three years since New Zealand Green Investment Finance (NZGIF) was formed and given the task of accelerating investments that can help reduce greenhouse gases.

NZGIF chief executive Craig Weise says he is pleased with the portfolio the bank has built in that time and its ability to highlight the economics and viability of low-carbon finance.

It has also established its flexibility to move in ways many traditional finance organisations cannot.

In the short time since the NZGIF was formed, much has happened to move sustainability to the forefront.

"The policy environment has matured," says Weise. "Consumer demand has played a role.

Corporate leadership has played a role. All these factors are precursors to raising the bar and accelerating investment.

"We still haven't seen what we really need, which is a huge increase in capital flows to these sorts of activities. People are thinking about it, but the 'how to' is stopping them.

That comes back to our flexibility," he explains.

"Change is hard and we need to do what we can to alter the status quo around how people make decisions, how institutions behave or how investment vehicles are structured are not designed to move as fast as we need to repurpose capital for climate change."

NZGIF has already managed to change the debate around green finance in important ways.

Weise says the organisation works to illustrate that the old narrative that says these things are not commercially viable, not economic or not beneficial is rubbish.

He says that in many areas green initiatives make sense in ways that are not just from a climate perspective, but also from an economic perspective and the benefits are both real and immediate.

The mechanism of a green investment bank involves channelling capital flows into areas that are climate-friendly. Like any bank, that means corralling different actors and pairing the right assets with suitable sources of dollars. Weise says the way this works in New Zealand is different from elsewhere because our market is so dominated by the banking sector.

"We have a lot of assets that are locked up in central and local government. Our managed capital pool is mainly allocated towards listed securities. That means we end up with few direct investors in the market compared with our peers. It's that direct investment flow that generates most primary capital activity and primary capital is what you need to affect climate change."

Many of the funds in the market are geared towards doing good things, but in practice that often means negative screening. They simply don't place money in places that are seen as harmful or damaging. Likewise, there are other well-meaning activities on secondary markets but they don't actually channel capital into climate investment.

In order to get enough money to the right place, there are lots of different plates that need to be kept spinning. NZGIF has the mandate and the flexibility to do this, but it is only one small player.

Our capital markets have a clear appetite for green investment

Weise says the deals done to date mean the bank has attracted a little over $100 million of private capital. "That's reflective of the kinds of transactions they are, and that New Zealand has a small, imperfect capital market where there are gaps, that is, there aren't many participants. Investing in the areas where there are gaps is difficult. So, one thing you can do is package the opportunities and present them in a different way to the parts of the market where the opportunities lie. We are working on financial products which are designed to do this: to get the capital flows to where the opportunities are."

This requires creativity and comes back to flexibility. "We have that flexibility because we start a deal and think about how we can participate to make things happen, as opposed to starting from a very narrow universe where we can only do so you know, senior debt, like a bank or the private equity tranche," says Weise.

"If a finance practitioner looks across our portfolio, they'll open the bonnet and sometimes what they would find is a small innovation and sometimes numerous significant innovations in transaction structures or facilities we've offered that have enabled these things to occur. We have to innovate constantly because that's the challenge in the market is that some of these things aren't happening because that innovation is just not fast enough to keep up."

This is why NZGIF is set up as an investment bank and not a direct investor in climate projects. "We have to go in and structure, not for our own benefit but also for the benefit of others with a full view of how these things will play out in the market and how the innovations will eventually be accepted by the market."

The next step for NZGIF and for New Zealand climate-related finance, in general, is crucial.

Says Weise: "We've seen huge achievements across a number of the precursors to achieving transition, but we're now at a point where that is not wholly sufficient.

"With the TCFD (Task Force on Climate-related Financial Disclosures) coming into effect we are going to see a different narrative in capital markets related to climate risks and companies are dealing with it, what is the cost, how it impacts value and so on.

"That will cause companies to change strategies, but will take time, maybe 10 years, but we don't have ten years which means we need to free up capital flows in the interim."

Decarbonising transport — Go-ing with the bus

This means buses play a more important role than in other countries. There are 2,600 or so buses in operation nationwide.

Fewer than 5 per cent are electric. The Government wants the entire fleet decarbonised by 2035.

Patrick says NZGIF carefully structured its deal with Zenobē to be replicable and scalable.

"The initial order for Zenobē and Go Bus, which is the operator, is for 18 or 19 buses. Yet we hope to have not only other buses in the next order round, but we aim to duplicate the deal structure not only with Go Bus but with any other operator to ultimately transition all the diesel buses around the country."

The deal means Go Bus has long-term leases on the buses. Patrick says this takes them off the balance sheet, something that's important in the New Zealand market because of the residual value risk around such vehicles.

"A lot of people don't understand what the secondary market is for these vehicles.

"We have done a lot of assessment about the life, maintenance and residual value in them and we're happy to take the risk.

"It's something we do, but for now the commercial banks are not in our market."

Moving buses to electricity doesn't do much for decarbonisation if it means using more fossil fuels for generation. Patrick says increased electrification means there's a need for more renewable generation.

While it's not a problem today in a country where 85 per cent of generation is from renewable sources, there's a bigger picture that includes increasing the number of electric vehicles charging stations and working with large-scale energy storage opportunities such as utility-scale batteries and reducing grid demand.

NZGIF has been more involved with the demand side and providing support for Solar Zero which provides residential solar power and battery storage.