This changed everything for NZGIF CEO Craig Weise. He says not only does the extra capital mean his organisation is now able to do more, but it is also now able to think differently about its role.

"It gives us a much bigger balance sheet. this is a more comfortable size for us given the amount of opportunity out there and the challenge of getting more capital flows into low carbon activities," Weise says.

"We will be more effective immediately. The larger institutions we work with will know that a bigger balance sheet means we can do more and play a role helping them to achieve goals that might take longer or require more capital."

In his Budget speech, Robertson said the capital will help shift the dial on emissions reductions. He also said the Government will ask NZGIF to focus on decarbonising public transport along with the waste and plastic sectors.

It's an expanded role and one that Weise is happy to embrace.

"It means we have more work to do, so we need more people. We are hiring. We have a new focus on new sectors."

The previous government established the NZGIF to act as a green investment bank.

It operates on a commercial basis and, among other goals, aims to show the private sector the benefits of green investment.

Weise says because it is a bank, NZGIF has more flexibility to act than other institutions and funds: "We can think about where there is a need for money, what is investable in the market and how we can work with others over time to get better outcomes and deploy more capital."

He says NZGIF's mission centres on the idea of accelerating capital flows into low carbon activities but there is a hard commercial reality behind this mission.

"It's impossible for us to look at what we do and not price risk commercially. Returns for our investments is a key driver. These returns give us two benefits. First, there is great good that falls out of the side, that's the economic activity. And two, it's the driver that will bring other parties to the table.

"At the moment we are New Zealand's only special-purpose low carbon investor, although that will change when another fund comes to market. Because we are backed by the Crown and because of the nature of our mission we can look at more things than other banks and we look at them through a carbon lens.

"We can be flexible given a mandate around non-pricing terms. We have a very long time horizon.

These are all attributes that mean that we can act quite differently in the market. We can consider the best solution for an opportunity at the moment, as opposed to having to meet certain criteria if we were at a normal bank or if we were a fund. We just have the ability to think about the carbon outcomes, and then match the capital to that. No other actor in the market has that long a time frame." 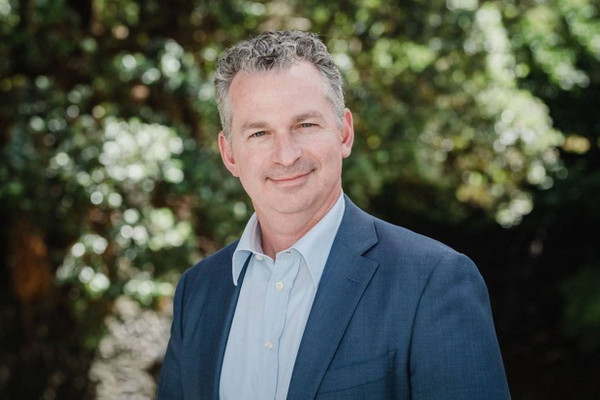 For NZGIF, the time frame is a little shy of 30 years. Its job is to align with the international and NZ government goal of being net carbon zero by 2050. This time-frame gives NZGIF the luxury of being more patient and of being strategic about transitioning investments to their life cycles. It can weigh up the investments it needs to make now against those that should be done two or five years from today.

And it means being able to think about where the technology to enable projects is today, against where it is going in the future.

Weise says NZGIF's investment to help reduce CentrePort's emissions footprint illustrates how it is able to accelerate low-carbon projects. It was one of the first investments.

"We were able to do it quickly. Had we not been able to act, the benefits the company wanted from starting its programme at that time may not have been realised," he says. "There are times when the opportunity disappears. Being able to do it now and not having to wait three or five years is a great benefit."

The bank worked with Westpac to provide capital for a warehouse. Weise says the capital increased the funds available to the business, moreover it has also allowed solarZero to focus on developing its technology. This helps integrate renewable energy into the power network, which will help decarbonise the wider economy.

solarZero is an example of how NZGIF can co-invest alongside the private sector and, as a result, leverage its capital. There are many ways this can work.

"Sometimes the question for us it's how do we participate in this transaction today in a way that is going to allow other investors to come in later. That can mean bringing in debt capital or other equity. Other times we will think about who should be around the table now with us to invest in something. These are different ways of leveraging private capital.

"We also think about how we can take opportunities to the market. What we're conscious of is that only a small percentage of New Zealand managed capital is available for this kind of direct investment. There are few investors who can participate alongside us," he says.

To get around these limitations, NZGIF is working on how to build financial products it can take to the markets where capital is available.

Weise says we will see more activity of this nature coming from the NZGIF over the coming year. "If we were to put a fund into the market, a green bond issue or an asset-backed vehicle it would be providing investors with access to low-carbon assets."

In December 2020, NZGIF made a $2.7m equity investment in ESP. The company will use the money to grow the business, build the customer base and expand its carbon reporting capability.

It will also use the funds to develop software functionality giving customers greater insight and expanded analytics.

NZGIF made a $10m investment in solarZero in April. This complements a financing facility from Westpac. solarZero will use the funds to accelerate the development of its technology for integrating renewable energy into the power system, which will help reduce carbon use across the economy.

The company's business model means customers don't face large up-front costs for the hardware, instead they pay on a subscription basis for the technology. Once installed, solarZero can extend the benefits by creating virtual power plants able to support electricity grid resilience, especially at times of peak demand.

View the full article on the NZ Herald website.